If you like the harder look of a crossover but still want something compact, the Kia Picanto X-Line might be the car to go for

The Kia Picanto, a bit of a go-to motor for both newly-passed and older drivers, has been around for about 15 years now and is in part to thank for the South Korean manufacturer’s rise to the mainstream.

And the offering’s now even broader, with the X-Line trim that’s been thought up to capitalise on the current popularity of crossovers.

In actual fact, roughly half of Kia’s UK line-up is taken up by crossovers, and it's now launching crossover versions of existing models.

The Picanto X-Line is the first of the firm’s city cars to get the treatment, following the likes of Fiat, Dacia and Vauxhall. It’s longer and wider, with lime green detailing and plastic panels around the wheel arches. Although you won’t do much off-roading in one of these, nothing says ‘rugged’ like plastic arch surrounds.

The standard equipment list is also solid, with a seven-inch infotainment screen, automatic headlights and autonomous emergency braking at no extra cost.

How does the Picanto perform?

The X-Line comes with a 1.25-litre petrol engine only. It peaks at 83bhp and 122Nm of torque, and can be bolted to a five-speed manual or four-speed automatic transmission. 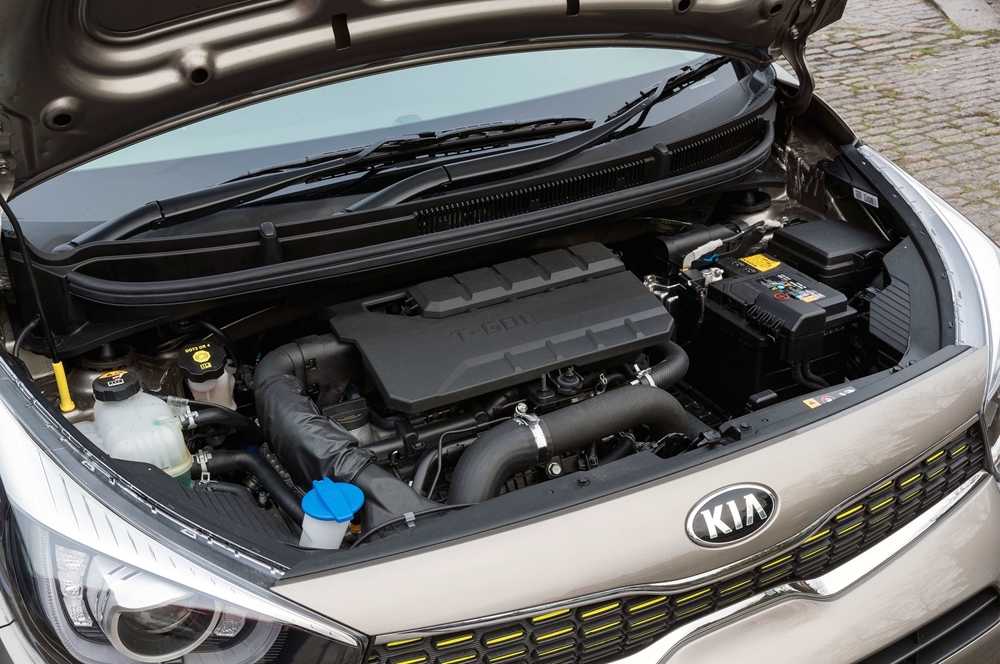 Looking at its 0-60mph time of 11.6 seconds you might expect sluggish pace, but it’s actually brilliant around town and is just as nippy as you’d need a city car to be.

As it only comes with five gears in the manual version we tried, or one less than that if you go for the automatic, it cruises at around 3,000 revs on national speed limit roads.

This’ll affect fuel economy if you spend a lot of time on the motorway, but at the end of the day it’s a car you’d buy for the city more than anything else.

Under a mix of driving our car averaged 42mpg, and you can expect that to rise if you don’t often stray from the town centres.

Handling that’s been setup for the commuter

The X-Line is excellent around town, with a small turning circle and light steering making it a doddle to navigate down narrow streets and into parking bays. It’s not fast, but it is fun to drive. There’s next to no body roll when throwing it into a corner, and no worry of losing grip on the road.

The 16-inch alloy wheels generate quite a bit of tyre noise at speed and aren’t as comfortable as the smaller 15-inch set, but if you’ve chosen an X-Line it’s probably because you want something that’s trendy and practical in equal measure.

A city car with a more rugged design

The main separator between the standard Picanto and the X-Line is the way it looks. In addition to the plastic cladding around the wheel arches, it’s also 75mm longer, 30mm wider and 15mm higher.

This coupled with SUV-style bumpers and skid plates gives the impression of a non-standard model.

There is also lime green detailing on the grille and fog lights, and if you go for the 'Lime Light' colour option, an equally luminous paintjob.

While this shade won’t appeal to everyone, it definitely stands out. The other paintjobs still look smart too, especially the 'Titanium Silver' pictured above.

Changes inside and out

That flair carries through into the interior as well, with green detailing on the doors, steering wheel, armrests and around the gear stick. It’s not as vibrant as the exterior, but there are enough tweaks to set it apart from the standard model, and it feels built to last.

The seven-inch touchscreen is easy to use and also comes with Apple CarPlay and Android Auto as standard.

Kia claims class-leading boot space, and with 255 litres of room behind the back seats they could be right – an unusually high figure for a car of this size.

More kit than you’d expect from such a small car

Considering it costs between £12k and £13k, the X-Line is well equipped. And it isn’t worlds away from the quality and extras available with the top-spec GT Line S, despite coming in around a grand cheaper. In addition to the touchscreen, you also get automatic aircon, keyless entry and faux leather seats.

Safety tech is decent for a small car too, with autonomous emergency braking, hill start assist and electronic stability control, that should all help with lowering insurance premiums.

The Picanto was already an appealing city car and the X-Line builds on that with rugged styling, but also the manoeuvrability and ease-of-use that made the car popular in the first place. In the city, it’s hard to pick holes in it. It’s agile, well equipped and comes with a load of safety features – if you’re in the market for a city car, it should be on your list of potentials.

And if the X-Line’s out-there styling isn’t for you, you could save a few hundred pounds on another trim. The Kia Picanto is a solid choice.

Find more info on the Kia Picanto visit www.lookers.co.uk/kia/new-cars/picanto, or get in touch with Lookers Kia.