Mohawks, flared pants, and the Atkins diet. Some trends don’t stand the test of time. Others, however, stick around for a lot longer. One Direction, avocados, and the seemingly endless interest in SUVs, for example.

In terms of that interest, manufacturers are throwing everything at the people behind their SUV departments.

Big or small, fast or frugal, there’s a model for just about every need now, and compact crossovers, in particular, are springing up all over the place.

Despite the fierce competition, Volkswagen have launched their newest, entry-level SUV, the T-Cross.

How does it compare?

It’s a strange one to be honest. Until now, the T-Roc – based on the Golf – was the smallest of VW’s SUVs.

That title is now held by the T-Cross, which sits on the same base as the smaller Polo but is claimed as the more practical of the two, surprisingly. We’ll get to that.

Although not much bigger than the hatchback it’s based on, it’s more like the larger Tiguan and looks cracking.

The T-Cross scores points on styling

Our tester was an R-Line model, and at first glance, you’d be forgiven for thinking it wasn’t a budget SUV. 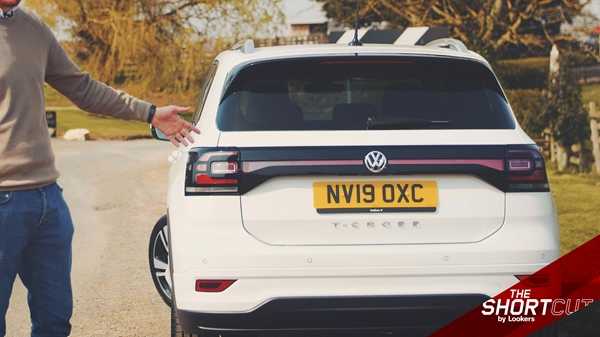 The full-width rear lights, for one, give off a ‘premium’ feel, and in R-Line are accompanied by silver roof rails, 18-inch alloys and a sportier body kit.

Although you’ll save up to £6k on the S, SE or SEL models, we’d be inclined to go for this model.

If you’re one of the first to put your name down on one, you’ll also have the option of a First Edition trim, but again, we prefer the R-Line.

Usability before anything else That might put off potential buyers, but we were surprised by the more powerful of those. It’s smooth, efficient, and has enough power to get itself up to speed easily.

True, some drivers will prefer to wait for V-dub’s popular 1.5-litre petrol engine to reach the T-Cross, but it has to be said that you wouldn’t buy one of these for performance.

Where it comes into its own

You would, however, buy a T-Cross for practicality. It’s only slightly longer than the Polo but seems a lot more spacious and the rear bench can be slid backwards and forwards for more legroom or space in the boot.

Without even dropping the back seats, boot space is between 385 and 455 litres – more than the Golf, actually.

And the interior impresses – the half-suede seats are comfortable and supporting, with more than enough legroom in the front. That’s from a driver in excess of six foot, too.

It’s also fitted with VW’s brilliant 8-inch touchscreen as standard, and in R-Line it has the Active Info Display that replaces the dials behind the wheel with a customisable screen.

You also get the higher driving position – a main draw in upgrading to a compact SUV over a similar-sized hatchback.

A welcome entry to the class

In the last two years or so, VW Group has launched the Skoda Kodiaq and VW T-Roc, and then badged them as performance variants with the Kodiaq vRS and upcoming T-Roc R. 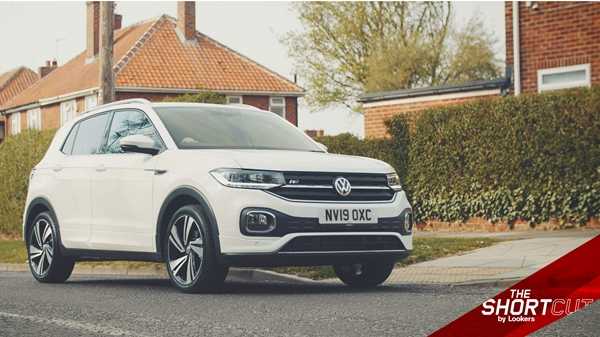 Considering the market is heaving with SUVs at the moment, it’d be easy for any new releases to be lost amongst it.

But it must be said that we were impressed with VW’s latest model. It’s got more than enough space for most, but is still small enough to be driven like a smaller hatchback.

Although larger engines aren’t available from launch, they are expected to turn up later. Their current omission perhaps backs up the idea that the T-Cross is about usability above all.

The R-Line comes in around £23k and does look good, but if styling isn’t a main draw you’ll still find a great package with the other specs. And they come in between £17k and £21k – a price you can’t really argue with for a brand-new compact crossover.

The Volkswagen T-Cross might be late to the party, but fashionably so. It may just be good enough to take the top spot in its class.

Head to our VW T-Cross page for more, or contact Lookers Volkswagen.

You can also view all episodes of The Shortcut on our YouTube channel, LookersWebTV.