The Ten Most Expensive Cars Ever Made

When it comes to actually owning one of these cars it's probably for the majority of us only a fantasy. For the rich and famous though buying a supercar is like buying a new pair of shoes.

How often do we see the likes of Christiano Ronaldo posing next to a Bugatti or Kanye West smiling as he gets into his new Aventador. Celebrity kids are getting in on the act too, with Beyoncé's three year old girl Blue Ivy already having her own 'baby' Ferrari.

For us mere mortals though pictures will have to do just now, so we have taken a look at ten of the most expensive cars ever made and the lucky people that own them.

This Pagani is the first car on our list, and also the most expensive the Italian manufacturer has ever made.

The ‘BC’ is lighter than the standard Huayra, thanks to its use of carbon fibre and lightweight alternatives, and gets its name from Benny Caiola – an Italian investor who was close pals with the carmaker’s founder, Horacio Pagani.

It’s fitted with an AMG-sourced, 6.0-litre V12 that fires at a ridiculous 790 brake horsepower.

Its owner is one American real estate tycoon from Glastonbury, Connecticut, USA who has nicknamed his model "The King". Ferrari first debuted this as a concept car in 2013, in tribute to the passing of Sergio Pininfarina – the son of Battista Pininfarina, who founded the Italian car design firm of the same name.

Only six of these have been built, with Ferrari handpicking the owner of each. It’s powered by a naturally-aspirated 4.5-litre V8 and 562bhp that’s sent to the rear wheels.

More recently, Battista Pininfarina has also had a model named after himself. The Pininfarina Battista is an all-electric supercar that’s been touted as the fastest road-legal car in the world, but it’s not quite expensive enough to make this list.

The Sergio has been sold to lucky individuals from across the globe. The first car was sent to the United Arab Emirates, followed by three going to collectors in the US, one to Japan, and one the final one to Switzerland. The Valkyrie is a result of a technical partnership between Aston Martin and Red Bull Racing, with the aim of making a roadgoing supercar that can also perform like ‘no car before it’ on a racetrack.

And it’s easy to accept that, considering the Valkyrie’s powered by a 6.5-litre Cosworth V12, producing 1,160bhp. According to rumour, the concept was conceived over a drink between Aston Martin’s CEO, Andy Palmer and Red Bull Racing’s Adrian Newey and Christian Horner.

In addition to the 100 or so road-legal models, there will be 25 track-only Valkyries on sale, with performance to match Le Mans sports prototypes. The Lykan Hypersport was built by W Motors of Lebanon, becoming the first Arab supercar. Although it doesn’t originate from the European pedigrees we’re used to, it’s still a hugely impressive car.

With its aggressive angular design and massive right-angle brake lights on the rear, it looks great. The headlights are also made from over 200 15-carat diamonds, making the 2.6 mil price tag more believable.

And it has the performance to back that up – a rear-mounted 3.7-litre engine powers the back wheels, producing 780bhp and giving it a 0-62mph time of 2.8 seconds.

One of these models is owned by the UAE government - Mohammed Bin Zayed Al Nahyan, and has been converted into a police car. One of several customised Bugatti Veyron models, this limited edition by German tuning house Mansory Vivere is the most expensive, at nearly £2.7 million.

It’s driven by the same engine that made the ‘standard’ Veyron the most powerful production car in the world when it launched in 2005 – a quad-turbocharged, 8.0-litre W16. The ‘W’ refers to the arrangement of cylinders in the engine, put simply, with four banks of four cylinders, rather than the V16’s two banks of eight.

Performance is matched, with 1,200bhp and a top speed of 253mph, but it does get exterior and interior upgrades. The car’s been reworked with a new body kit and interior panels, that are both etched with historical events such as the Targa Florio – a legendary racing event in Sicily. It’s called the P1 LM, and it’s a nod to the manufacturer’s F1 GTR. Power comes from a 3.8-litre twin-turbo V8 and electric motor, housed in a gold-plated engine bay and joining to produce 968bhp.

They’ve also shaved 60kg from its donor car, McLaren’s own P1 GTR, and tweaked it to generate more downforce and power. The facts only confirm that – it broke the Nurburgring lap record for a street-legal car back in 2017. 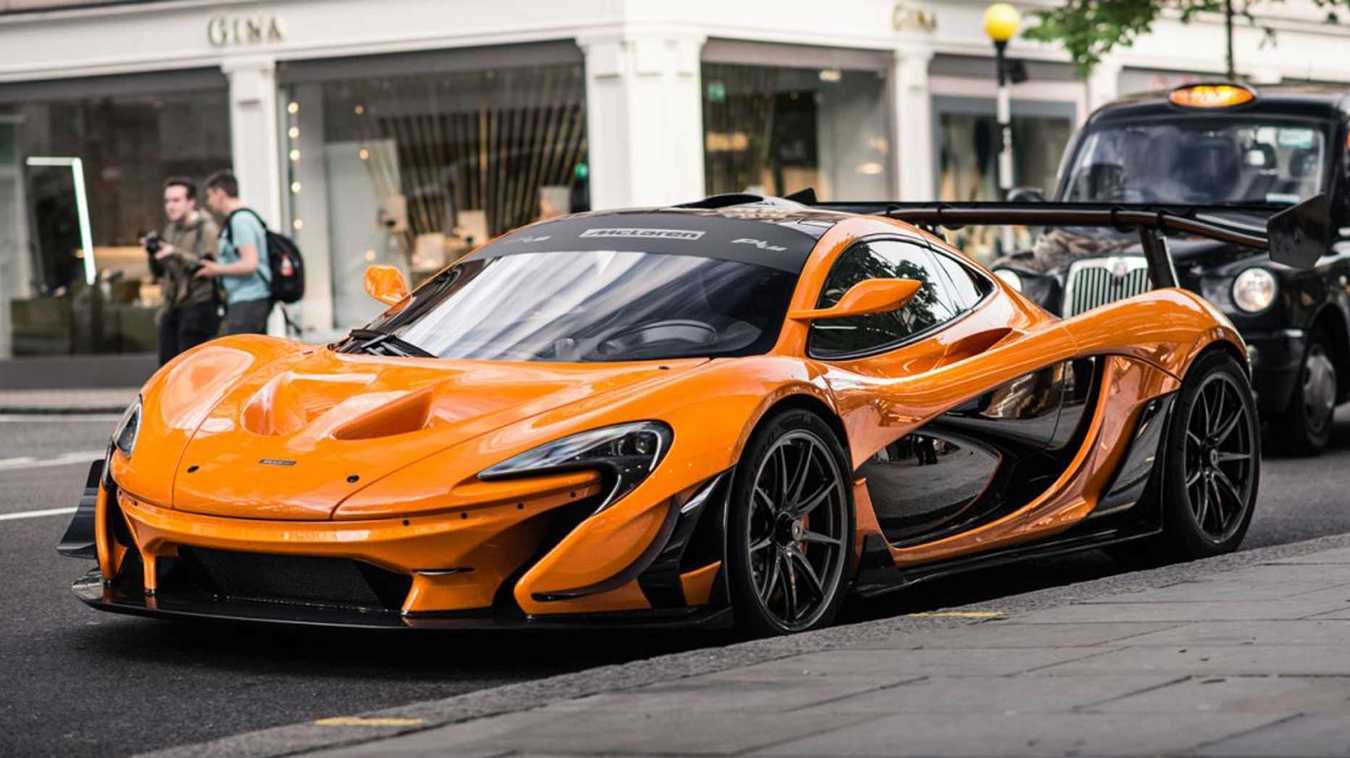 Lamborghini created the ‘Veneno’ – a Spanish word translating as ‘poison’ – to celebrate its 50th birthday. If it were to rank on a scale of celebrations, it has less in common with your firstborn’s christening, and more with your 18th birthday party.

This is another entry on our list that’ll reach 60mph from standstill in under 3 seconds, fired by its 6.5-litre V12 and 740bhp.

It looks just as mad too, with straight edges and huge air ducts along the length of its body. Only nine of these have been made, with one reselling for about £8m – more than 200% of its original value. The ‘Trevita’ – translating into ‘three whites’, in reference to the unique materials used to create it – is a limited edition of Koenigsegg’s CCXR.

In what was a world first in 2009, the carmaker created a diamond-coated carbon fibre finish that gives the car a “sparkling, silvery white” appearance. Three CCXR Trevita models were planned originally, but this dropped to just two because of the time needed to manufacture the special carbon fibre. The Rolls-Royce Sweptail is another one-off on our list, commissioned by an anonymous buyer in 2013.

It draws inspiration from the manufacturer’s vintage models and, bizarrely, luxury yachts. The main feature isn’t even the 6.75-litre V12 under the bonnet, with the centre console housing a bottle of champagne – bottled in the owner’s birth year, of course – along with two crystal flutes.

And it could pave the way for more unique models – Rolls were known for such bespoke creations way back when, and they see the Sweptail as a return to that. The car at the top of our list only took its crown as the world’s most expensive new car in March 2019, as reported in our monthly roundup of motoring news, The Steer.

Translated as ‘The Black Car’, the La Voiture Noire was unveiled at 2019’s Geneva Motor Show as a tribute to the manufacturer’s Type 57 SC Atlantic from the 30s. And with a 1,500bhp, 16-cylinder engine, performance will be just as astounding as its price tag.

Rumour has it that the car’s owner is Ferdinand Piech – former chairman of Volkswagen Group, the company behind Bugatti. Although you won’t find anything as expensive as the motors in this list, you can browse our high end stock here, where we have a number of impressive models.

At the time of writing, our feature car is an Aston Martin DBS Superleggera with only 1,219 miles on the clock. At just over £240,000, it’s shrapnel compared to the numbers above. Sort of.

Take a look at what high-end vehicles Lookers offer