Research carried out by blokes in lab coats at the South China University of Technology has found that listening to fast-paced music behind the wheel can lead to dangerous driving.

Click above to watch the first video edition of The Steer

Although loud music can’t be confirmed as the cause, according to the Department for Transport’s official road accident statistics, 2,830 reported accidents in 2017 were put down to an in-car distraction.

That being said, if it’s a case of swapping out upbeat tunes for the likes of Dido and ‘Ibiza chill’, I think I’d rather have an accident.

The Grandland X Hybrid4 will have almost 300bhp and could go well beyond 100 miles per gallon, according to Vauxhall. The Grandland X Hybrid4 will have almost 300bhp - image from carscoops.com

That power will be put to the road through an all-wheel drive system, powered by two electric motors and a 1.6-litre petrol turbo.

Alongside the Corsa-e, the Hybrid4 is leading the carmaker’s EV charge and will be capable of doing just over 30 miles in its all-electric mode.

The news arrived ahead of its appearance at September’s Frankfurt Motor Show, with order banks now open.

Skoda to put a digital assistant in its new models

With each passing day, manufacturers seem to get closer to Knight Rider’s KITT. First satnav, then adaptive cruise control and now voice recognition. The digital assistant will launch with the Kamiq and Scala - image from carmagazine.co.uk

Following the likes of Mercedes and BMW, Skoda is the latest to announce a digital assistant for its upcoming models.

The assistant, named Laura, will be available as an option on the Amundsen touchscreen system and will understand natural speech in English, German, French, Spanish, Italian and Czech.

It’ll also receive over-the-air updates (OTA) and could be supported by smartphone apps in the future.

The Kamiq and Scala are set to be the first models to feature the assistant.

Last month saw the launch of the Audi RS Q3 and RS Q3 Sportback, the performance editions of the brand’s small SUV. The RS Q3 comes in standard and Sportback forms - image from autoexpress.co.uk

The Sportback is also a new variant for the Q3 range, that’s now the smallest of Audi’s SUVs to get the sleeker body shape.

They’ll be on sale early next year but could be available for test drive at Lookers Audi sites before 2020. I’ll see you there.

Classic motors, without the guilt 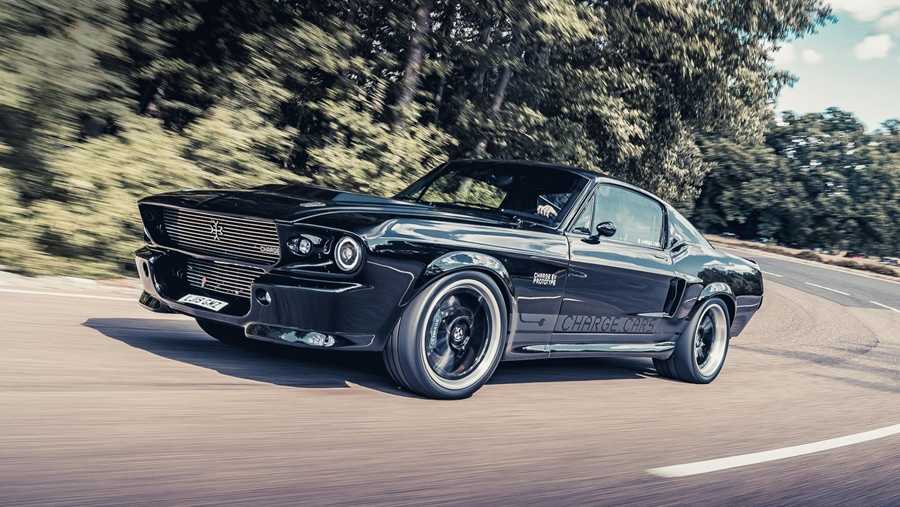 The electric 'Stangs will do 200 miles on a single charge - image from topgear.com

That’s because the London-based start-up is taking Ford Mustangs from the 60s and refitting them as EVs.

When the work’s done, they’ll do 200 miles on a charge and jump from 0-60mph in under four seconds. Think of it as your nan after a hip replacement and delivery of motorised rollerblades.

But perhaps unsurprisingly, it seems the best of both worlds doesn’t come cheap. To reserve one of Charge’s 499 electric Mustangs, you’re looking at a starting price of £300,000, before extras and accessories.

A Lookers Ford dealership in Middlesbrough has announced the completion of a £3m expansion and renovation. As part of the site's ongoing development, Ken Swindles joined as General Manager

The works make it Teesside’s first FordStore, the name given to the manufacturer’s flagship dealerships.

Increasing to 9,000 sq ft, the showroom’s indoor new car display has more than doubled in capacity from five to 11 vehicles.

With FordStore status, the dealership’s now home to the brand’s top-end models as well, like the Mustang and Focus RS. If you’re into your Fords, it’s well worth a visit.

Newcastle site voted among the best for Motability care

Lookers Volkswagen Newcastle has won an award for its services to Motability. The team is now in the running for the national awards, taking place in 2020

The Motability Dealer Award was handed to the site from the scheme itself, in recognition of its outstanding customer service.

Since 2017, the dealership has had a year-on-year increase in its Motability sales, jumping from 80 to 152 in the year ending August 2019.

All winners of the regional Dealer Awards automatically progress to the national awards, that take place at the beginning of the following year. Fingers crossed.